I still think Israel should put conditions on it. 😁

Hydroxychloroquine one of several drugs cited in recent days as being possibly effective against coronavirus; Israeli firm says it will provide as many as possible at no cost

By AFP and TOI STAFF

Israeli generic drug giant Teva announced Friday that it will provide ten million doses of its anti-malarial drug hydroxychloroquine, which could potentially prove effective in fighting the coronavirus pandemic, to US hospitals free of charge.

The company said six million doses will be delivered to US hospitals by March 31, and more than ten million in a month.

“We are committed to helping to supply as many tablets as possible as demand for this treatment accelerates at no cost,” Teva executive vice president Brendan O’Grady said.

US President Donald Trump touted the potential use of chloroquine on Thursday after encouraging results in China and France, although many experts warn of caution.

In France, the Sanofi laboratory said it was ready Tuesday to offer millions of doses of hydroxychloroquine to potentially treat 300,000 patients.

The hydroxychloroquine molecule, also used for decades in autoimmune diseases like lupus or rheumatoid arthritis, could indeed have an effect on the elimination of the virus, said Professor Didier Raoult, director of France’s Institut Hospitalo Universitaire (IHU) for the study of infectious diseases.

According to the study carried out by Prof. Raoult on 24 patients with coronavirus, six days after the start of taking hydroxychloroquine, the virus had disappeared in three-quarters of people treated. 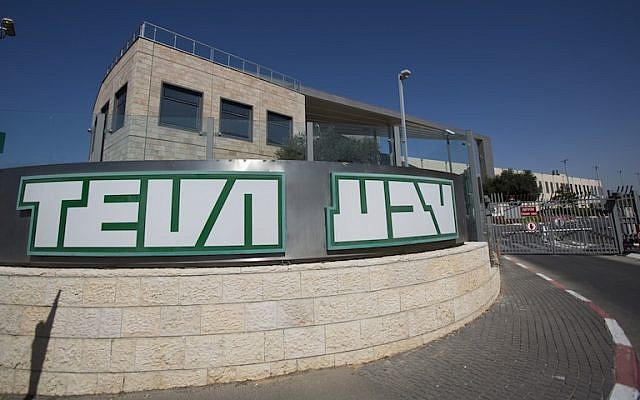 The Food and Drug Administration (FDA), the federal agency that oversees the marketing of drugs in the United States, somewhat tempered President Trump’s enthusiasm by pointing out that the treatment, authorized for certain diseases, had not been approved for coronavirus.

But it will set up “an extended clinical trial,” said Stephen Hahn, its leader.

On the strength of these medical advances, Teva also indicated that it will do everything to accelerate its production of hydroxychloroquine and also conduct research to see if in its large catalog of 3,500 drugs, others can be used to fight COVID-19.

Also this week Chinese authorities said a drug produced in Japan could be effective for treating coronavirus patients. China’s ministry of science and technology said late Tuesday that some clinical trials have been completed on favipiravir — the main ingredient in the influenza drug Avigan.

The trials using the drug as a treatment for COVID-19, the disease caused by the virus, showed “very good clinical results,” an official said.

A trial involving 80 cases conducted by a hospital in Shenzhen and a study of 120 cases led by Wuhan University’s Zhongnan Hospital both showed the drug shortened the recovery time for patients. Clinical tests using Avigan as a treatment for the virus have also started in Japan.

Another drug cited as possibly helping patients is remdesivir, an experimental antiviral from Gilead Sciences.

No drug is specifically approved now for treating COVID-19.