In sociology and psychology, mass hysteria (also known as mass psychogenic illness, collective hysteria, group hysteria, or collective obsessional behavior) is a phenomenon that transmits collective illusions of threats, whether real or imaginary, through a population in society as a result of rumors and fear (memory acknowledgement).[

I need some shrooms!

15 Times People Were Consumed By Mass Hysteria — This Is Insane

Mass hysteria is basically when a large group of people gets so collectively upset by a threatening delusion, whether real or imaginary, that it essentially takes over. It’s like a horrible game of telephone…but with fear. The result is basically Alfred Hitchcock’s “The Birds”…without any actual birds. Here are some of the strangest cases of mass hysteria, which show how quickly society can become consumed.

In France during the Middle Ages, a nun began inexplicably meowing like a cat. Other nuns soon joined her in the meowing until the entire convent was making kitty noises for several hours. It got so out of hand that the village had to call soldiers, who threatened to whip them if they didn’t stop. Back then, it was commonly thought that some animals, especially cats, had the power to possess people. 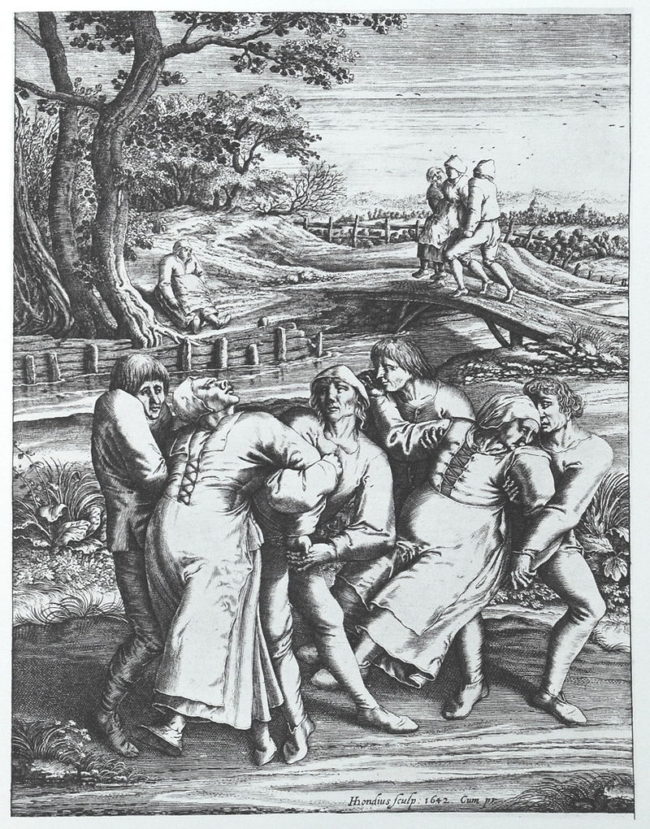 A woman named Mrs. Troffea living in Strasbourg, Alsace (in what is now France), began dancing in the streets. She danced for multiple days by herself, but by the seventh day, 34 others had joined. By the end of the month? Four hundred people were dancing with Mrs. Troffea. They never rested, and as many as 15 died per day due to heart attack, stroke, or exhaustion.

This is perhaps the most famous case of mass hysteria. In 1692, four young girls, Abigail Williams, Betty Parris, Ann Putnam, Jr., and Elizabeth Hubbard all claimed to be having strange fits, which the clergy assumed was a sign they had been fraternizing with the devil. And so the witch trials began. In total, 25 Salem citizens were executed for suspected witchcraft. 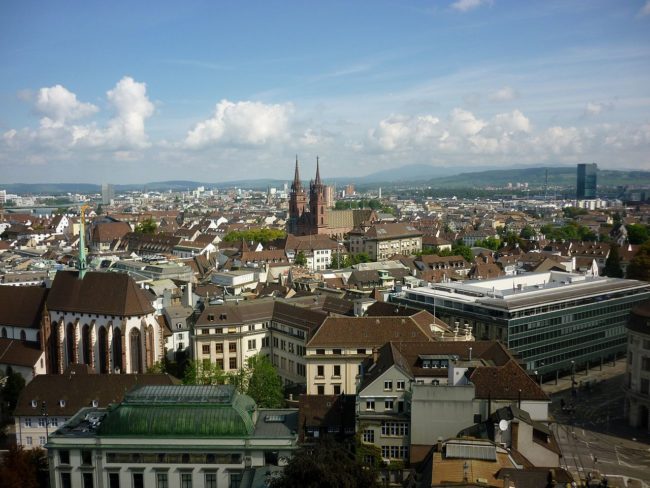 The first breakout of this hysteria happened in Gross-Tinz when a 10-year-old school girl’s hand started trembling in class. The tremor spread to her whole body and eventually transferred to other students in her class — 15 to be exact. That same year, 20 kids in Basel, Switzerland, suffered from the same shaking. Twelve years after that? Twenty-seven MORE kids suffered from tremors in Basel, most likely due to hearing stories of the first outbreak.

In 1938, two women in Halifax, England, claimed they were attacked by a strange man with a mallet and “bright buckles” on his shoes. Soon, more people came forward saying they were attacked by a similar man, only this time he had a knife. It didn’t take long before there were enough reports that Scotland Yard had to get involved. Eventually, many of these “victims” came forward to admit they had made up their stories. Some of them were even sent to prison for “public mischief.”

6. The Mad Gasser of Mattoon

He was alternatively known as “Anesthetic Prowler,” “Friz,” or the “Phantom Anesthetist,” but most knew him as the Mad Gasser. In 1944 in Mattoon, Illinois, a woman named Aline Kearney claimed she smelled something terrible outside her window, which caused her throat to burn and her legs to go numb. She said she caught a glimpse of a shadowy figure as well. Soon the entire town was freaking out over this biochemical attacker, but no actual evidence of his existence was ever found.

In what was once Tanganyika, but is now Tanzania, three girls began laughing at their boarding school and the joy was so infectious. Soon, 95 of the 159 pupils joined in. Some only laughed for a few hours, others as long as 16 days. The school had to be closed, but that didn’t stop the laughter from spreading to the next village over. Months later, another laughing outbreak occurred, this time effecting 217 people. 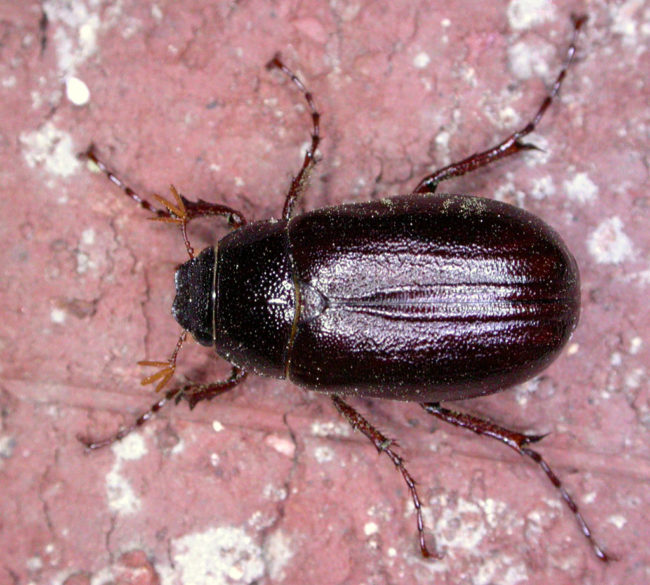 Around 62 workers in the dressmaking department at a U.S. textile factory in 1962 were suddenly affected by a mysterious disease. It caused numbness, nausea, headaches, and vomiting. The employees believed the illness had come from being bitten by June bugs, but in reality, it was likely just a case of mass hysteria spurred by stress.

In 1965, several girls from a school in Blackburn, England, began complaining of dizziness, and many fainted. Within hours, 85 girls had to be rushed to the hospital after fainting. A year later, it was determined that a recent polio outbreak had caused mass hysteria amongst the girls of Blackburn. 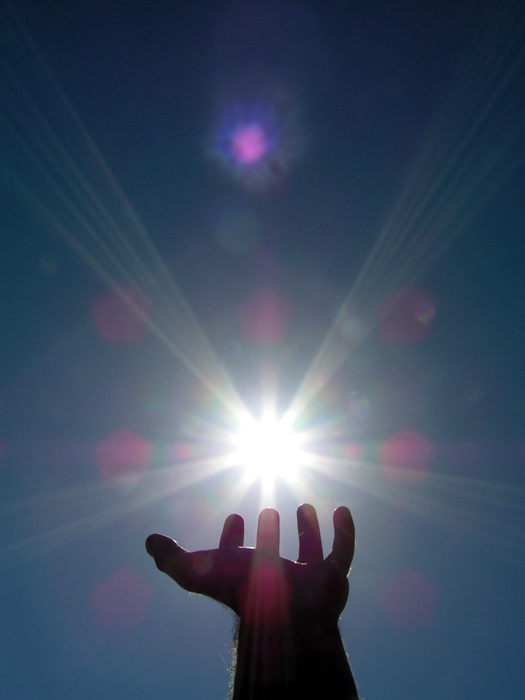 In 1976, 15 students at a school in Mount Pleasant, Mississippi, fell to the ground and began writhing in pain. School officials and police suspected it might have had something to do with drugs, but there was no evidence to suggest this. The students believed it to be some sort of curse and one-third of the school’s students stayed home one day so as not to be “hexed.”

A whopping 943 Palestinian girls and women randomly fainted in the West Bank in 1983. Of course, Israel was accused of using chemical warfare on the girls. Israel, in turn, blamed the Palestinians for poisoning their own people in order to frame them. In reality, only around 20% may have breathed in something toxic, the remaining 80% we consumed by hysteria.

In 1990, thousands of young people in Kosovo were believed to have been made sick by toxic gases. Doctors never could quite figure out what exactly was poisoning them, so the theory that this was just one massive case of hysteria may be the closest thing we have to the truth.

In Pokémon’s first season, there is one episode that never aired in the U.S. due to an outbreak of nausea and seizures that affected 12,000 Japanese children after they watched it in 1997. The episode, “Dennō Senshi Porygon” (aka “Cyber Soldier Porygon”) featured bright flashing lights that some believe caused the seizures. Others believe this was a simple case of mass hysteria.

In 2006, a Portuguese teen soap opera called “Morangos com Açúcar” aired an episode where the characters were afflicted with a terrible disease. Sure enough, more than 300 children who watched the episode began to think they themselves were suffering from this illness. Several schools had to be closed in order to quell the perceived outbreak.

Though a version of the game had been popular in South America for generations, it really took off recently with the hashtag #CharlieCharlieChallenge. The game involves asking questions of some kind of supernatural being named Charlie. Charlie is supposed to answer by directing the movement of two pencils stacked on top of each other. In 2015, four young people in Tunja, Colombia, were sent to the hospital after believing they had been possessed by Charlie. A similar thing happened to teens in the Dominican Republic.

As much as we’d probably all like to think that we’re too smart for something like this to happen to us, keep in mind, many times this sort of hysteria causes your body to actually feel the perceived effects of the mystery illness or spirit possession. The brain figures, “Everyone around you is freaking out, why shouldn’t you be doing the same?”