If the British establishment are planning on turning me into some kind of oppressed scientific hero, AFTER I’m dead and gone… Let me tell you right now, you can all fuck right the fuck off right fucking now! 😆😂🤣

This book is the foundation for modern physics. 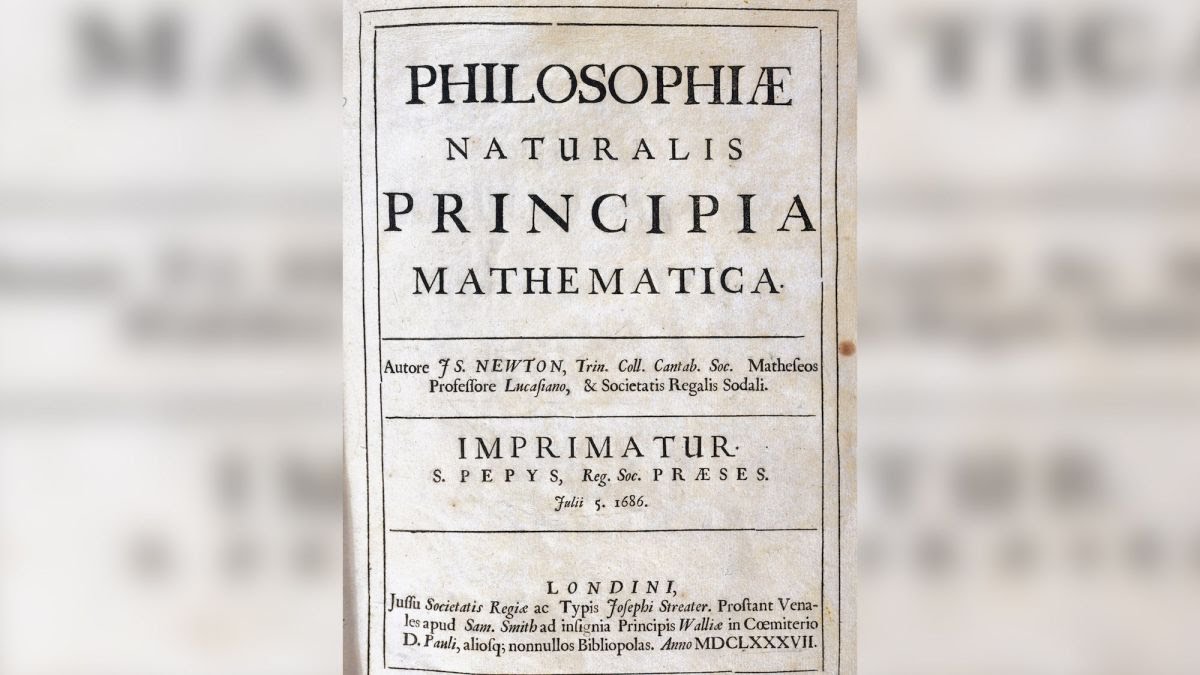 A rare first edition of Isaac Newton’s groundbreaking book on the three laws of motion, the text that built the foundation for modern physics, was just discovered in a library on the Mediterranean island of Corsica, according to news reports.

Vannina Schirinsky-Schikhmatoff, director of conservation at the Fesch public heritage library in Ajaccio, the capital of Corsica, learned of the book’s whereabouts while reading an index of the library from Lucien Bonaparte himself.

“I found the Holy Grail in the main room, hidden in the upper shelves,” she told Agence France-Presse (AFP). “The cover has a little damage but inside it’s in excellent condition — this is the cornerstone of modern mathematics.”

According to legend, Newton’s investigation into the laws of gravity and motion began when a falling apple hit his head in Grantham, England. While the veracity of that story is questioned, historians do know that Newton had an extremely fruitful period during his student years at the University of Cambridge. The black plague had led to the university’s closure for nearly two years, from 1665 to late 1666, so Newton spent that time at home diving into mathematics, physics and optics.

In his Principia, Newton detailed the three laws of motion, which include the following, as Live Science previously reported.

First editions of “Principia Mathematica” are rare and treasured by collectors. In 2016, another Latin edition of this work hit the auction block at Christie’s in New York, where it sold for $3.7 million to an undisclosed buyer. At the time, it was the most expensive printed scientific book ever sold at auction, Christie’s reported.

The Fesch Library has around 50,000 books, according to Napoleon.org, so it’s anyone’s guess what other hidden treasures lie there.