“Knives… Big fuck off shiney ones”

THIS IS WHAT I HAVE BEEN LOOKING FOR! Machetes… The Bolo Knife in the Philippines.

I’ve been practicing my first single handed ‘numerado’ today! 😃 Strikes and defences… Both hands (open chamber and closed chamber)… Both with a stick and with a plastic machete.

…. About eight hours! 😆 Had a break for lunch, a break to do some weights, then a break for tea. 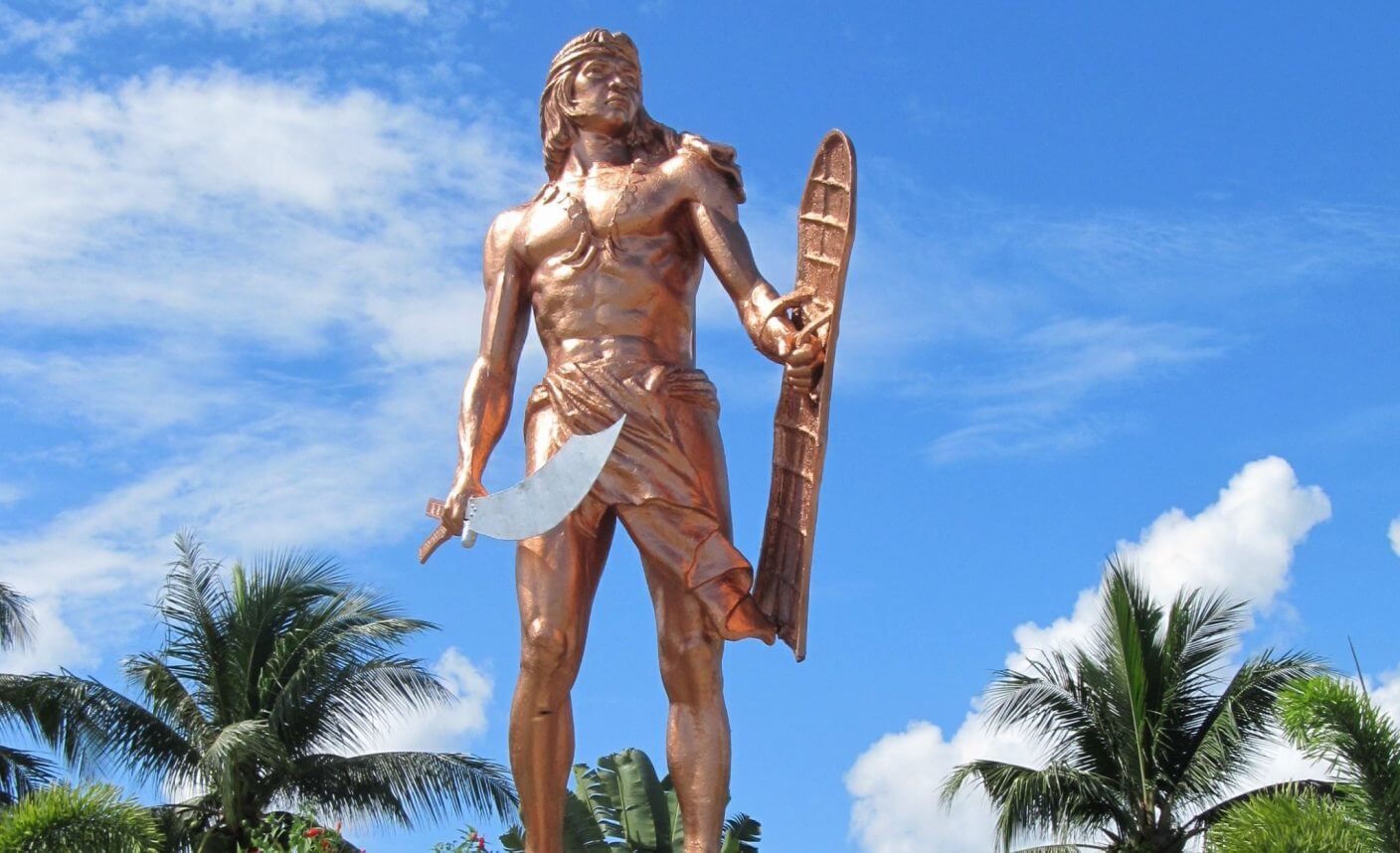 Kali. Many of the debates we have over public history deal with “serious” topics related to the politics of official historiography, representations of the past in the public press, or the teaching and learning of history in schools. Public history has a much wider ambit than this of course, and sometimes appears in unusual places. One such unusual venue for public history debate and inquiry is the martial arts, where heated struggles emerge in which history is the weapon of choice.

In the martial arts, history is often an obsession, and lineage disputes are common, as even a cursory look at online martial arts forums will reveal.[1] In the Japanese context, for example, documentation of one’s lineage is essential if an instructor wishes to be taken seriously, and is often more important than the instructor’s actual level of skill.[2] In the Filipino Martial Arts (FMA) context a different problem has arisen, one that relates to what the arts are properly called, and which stands in for a dispute over origins. At the heart of these lineage and origin controversies, history seems inextricably linked with notions of authenticity and identity. It is this question of history, identity, and authenticity that makes the uses of history in the martial arts world interesting to explore.

The Emergence of Kali

Kali, Eskrima and Arnis are three common terms used today to refer to FMA. Kali is the most controversial of the three terms, but arguably the most popular in the English-speaking world. Kali gained popularity as a name for FMA among Filipino expats living in the post-WWII United States. Its use first appears in a book published in 1957.[3] It was then adopted and popularised by notable Filipino-American FMA practitioners such as Ben Largusa and Dan Inosanto (a friend and student of Bruce Lee).[4] That it is largely ex-patriot Filipinos who adopted the usage of the term Kali, suggests history was being used to assert an ethnic identity, by encouraging the view that FMA pre-dated the Spanish colonial period.

The Death of Magellan

There are many stories about the origins of FMA. Those looking for a pre-Hispanic origin for the arts say they developed in the Visayas under the influence of the legendary ten Datu (chieftains) who fled Borneo and the tyranny of its Sultan in the thirteenth century.[5] Others will point to the heorism of Lapulapu, a Mactan chieftain, who stood up against the Spanish conquistadors led by the ill-fated Ferdinand Magellan in 1521. The successful defeat of the Spanish forces (and the death of Magellan at the Kampilan blade of Lapulapu celebrated in “folk history”) is often used by those with ethnic Filipino sympathies to suggest an effective fighting art was in existence before the Spanish conquest.

In the Philippines, until very recently, the term Kali was very rare. Locally, FMA is better known by the term Eskrima, the Filipino adaptation of esgrima, the Spanish word for fencing, itself related to the English word skirmish; or Arnis, the local pronounciation of arnés, the Spanish term for the harness or armour worn by Christianised indigenous “warriors” in popular Moro Moro stage plays.

Such stage plays were themselves a form of public history, in which the Christianised Visayan warriors would inevitably triumph over their Muslim adversaries from Mindinao (a conflict with resonances today). Practitioners of Eskrima and Arnis are known respectively as Eskrimadors and Arnisadors (both of which translate as “swordsmen”). According to the research of Celestino C. Macachor and Ned R. Nepangue,[6] after the Spanish invaded in the 16th century, local warriors were converted to Christianity and recruited into the colonial army to assist the conquistadors to repulse the Moro (i.e. Moor or Muslim) pirate threat from the South.

As a consequence, it is thought that the Spanish language became the lingua franca when identifying or discussing indigenous martial arts techniques and tactics, and that many of the fighting forms were influenced by the “geometric” Spanish fencing practices of the day, particularly the system articulated in La Verdadera Destreza[7] which was in vogue at the time. Although there can be significant differences in regional systems of FMA, many of the common fighting methods and drills are described using Spanish influenced terminology (i.e. sumbrada, contradas, numerada, abecedario, etc.), and what we know as the art of Kali, Eskrima, or Arnis today is clearly an outcome of this melting pot of Eastern and Western “fencing” styles and ideas.

Recent research by Lorenz Lasco seems to confirm that there was a fighting art called Kalis witnessed by the Spanish on their arrival in the Visayas.[8] According to Lasco’s investigations, the use of the term Calis (the Spanish spelling of Kalis), a pre-Hispanic term for blades and fencing, is found in old Spanish-to-Filipino dictionaries dating from 1612 to the late 1800s. However, as a term for FMA, Kali was supplanted in the Philippines during the colonial period by the Spanish influenced terms of Eskrima and Arnis. This confirmation of the legitimacy of the term obviously does not diminish the politics at work in the return to the term Kali in the USA during the post-war period, or the undeniable Spanish influence on FMA as we know it today, but it does point to something interesting in terms of public memory and its complex workings.

The online journal Martial Arts Studies published its first edition in 2015, marking the emergence of “martial arts studies” as a field of interdisciplinary scholarship. While tangential to the “mainstream” discussions of public history, the martial arts offer a rich field of investigation for the public historian, in which historical debate is often at the heart of controversy.
_____________________

Must-Know Facts About The Bolo Knife – History, Development And Use Of An Iconic Weapon

Imperial forces around the world, whether they came to the battle with muskets and cannons or machine guns and fighter planes, have come to fear the bolo knife. From the Spanish colonial occupation of the Philippines to the Mexican Revolution – not to mention the battlefields of World War I and II – the bolo knife has become legendary for its utility and lethality.

In the Philippines alone, where it has its origins, there are many names and variations of the bolo knife for a wide range of uses—almost a different bolo for any different situation and person. To get a handle on the history and importance of this tool and weapon, here are five must-know facts about the bolo knife.

The Bolo knife comes from the Philippines

The bolo knife (also called iták in Tagalog, sundáng in Cebuano, and binangon in Hiligaynon, to cover a few of the more prevalent languages/dialects of the Philippines) has long been a tool used for clearing jungle brush and for various agricultural purposes. To this day, bolo knives are forged in villages across the archipelago.

Though it has spread to other countries and continents, the bolo knife is still a symbol of the Filipino people. On some of the islands in the Philippines, people walk around with their bolo knives as a symbol of pride or even just employment, signifying that they work with it in the fields or jungles. The island nation of Palau, to the east of the Philippines, call Filipinos Chad Ra Oles, which translates to “people of the knife.”

In recent history, bolo knives have been made out of whatever high-carbon steel could be found that was suitable for the blade and either indigenous hardwood or animal horn for the handle. The blade usually curves and widens towards the end. The tang extends to the bottom of the handle.

Since the empires fighting over the Philippines started bringing in Jeeps and other vehicles, bolo knives have often been made out of leaf springs. Many in the 1950s and ’60s were made from the leaf springs of U.S. Army Jeeps still left over from World War II. These hand-forged blades are very durable and can hold quite the edge.

FMA, also called Arnis, Eskrima, and Kali, are the native martial arts forms of the Philippines and comes in many different styles. The origins of FMA go deep into history, to kingdoms and tribes long before the written record, and it has grown to influence fighting styles around the word. Not born out of a warrior or noble class, but rather from that of the common people, FMA focuses a lot of attention on forms with items such as knives, sticks, other blades, and many improvised weapons.

FMA and especially knife skills are living arts in the Philippines and have proven a challenge to conquering forces from Spain, the U.S., and Japan.

The Bolo Knife is an important symbol

The bolo knife stands out in Filipino culture. Artful bolo knives are given as important gifts to military officers and others. Like the Kris daggers or swords of the Moro people (the Muslim population in the southern Philippines island of Mindanao), Malaysia, and Indonesia, bolo knives hold powerful meaning.Related Post

During World War II and Japan’s attempted occupation of the Philippines, there were many guerrilla and underground forces fighting this latest imperial force, often in coordination with Allied armies and U.S. soldiers still on the archipelago since the invasion. Down on Mindanao are the historically more autonomous Moro areas, home to some of the most resilient resistance to the Japanese. One of the many units fighting was called the Moro-bolo battalion. It was made up of some 20,000 Christians and Muslims who were easily identifiable by their Kris and bolo knives, their weapons a symbol of cooperation and unity in the face of the Japanese.

The bolo knife has become popular around the world and influenced modern warfare, particularly in the U.S. military

The U.S. military first encountered the bolo knife during the Spanish-American War, fighting to take control of the Philippines. The Cincinnati Courier reported on the small Battle of Manila after much of the war was done, in which Filipino revolutionary forces working together with some U.S. soldiers, claimed the city from the remaining Spanish in 1898:

“The Mauser rifle, too, in hard work is found to be a mistake…Perhaps it may be the fault of the men, or their misfortune in being undrilled, but they are often knifed while in the act of reloading their rifles. Whatever be the explanation there is something wrong in troops with rifles and bayonets being driven steadily back by natives armed with knives. The insurgents have some guns, but most of the wounded Spanish soldiers seen in the streets have knife wounds.” (Source: wikipedia.org)

By 1904, the U.S. Army was equipping their own troops with bolo knives, specifically medical corps. During Word War I, the bolo knife became infamous to Germans going up against U.S. troops wielding these blades.

Before fighting with bolo knives, however, the U.S. had to fight against Filipinos carrying them in the Philippine-American War, which lasted from 1899 until 1902. After beating the Spanish colonials, the Filipinos wanted self-rule, but the U.S. wanted to form their own colony.

As the new colonials fought the First Philippine Republic, which was poorly armed against a modern U.S. army, they were still getting knifed by Filipinos, even ones who had been shot several times. This led to the development of the .45 ACL cartridge and thus the Colt M1911 Pistol, which had more stopping power than previous standard issue small arms.

The Spanish had introduced the bolo knife to Mexico and after the Mexican Revolution began in 1910, many fighters carried them. The most famous of these was the rebel leader Pancho Villa.