And what do friends do? Party! 😃

The Trump administration hosted a secret meeting with officials from Israel and the United Arab Emirates at the White House to discuss responses to the Iranian threat, Axios reported Tuesday night.

According to the report, which cited Israeli and US officials, the secret trilateral meeting was held on December 17th, and is part of a larger effort by the Trump administration to foster closer ties between Israel and the Arab world.

During the meeting, the three parties discussed a possible nonaggression pact between Israel and the UAE as an interim step towards diplomatic normalization.

The push for an Arab-Israeli alliance has been led by President Donald Trump’s son-in-law and senior adviser, Jared Kushner.

The next day, Prime Minister Binyamin Netanyahu said that Zayed’s tweet “is the result of the ripening of many contacts and efforts, which at the moment, and I emphasize at the moment, would be best served by silence.”

Israeli, UAE officials reportedly met in secret in US to discuss countering Iran

The White House in December hosted a secret meeting last December with officials from Israel, the US and the United Arab Emirates to discuss countering Iranian influence in the Middle East.

The officials discussed better coordinating their positions against Iran, and the possibility of advancing a non-aggression pact between Israel and the UAE, which could mark a possible step toward normalizing relations between the countries.

Israel’s Channel 13 and the US news site Axios first reported the meeting on Tuesday, citing senior Israeli and American officials as sources. 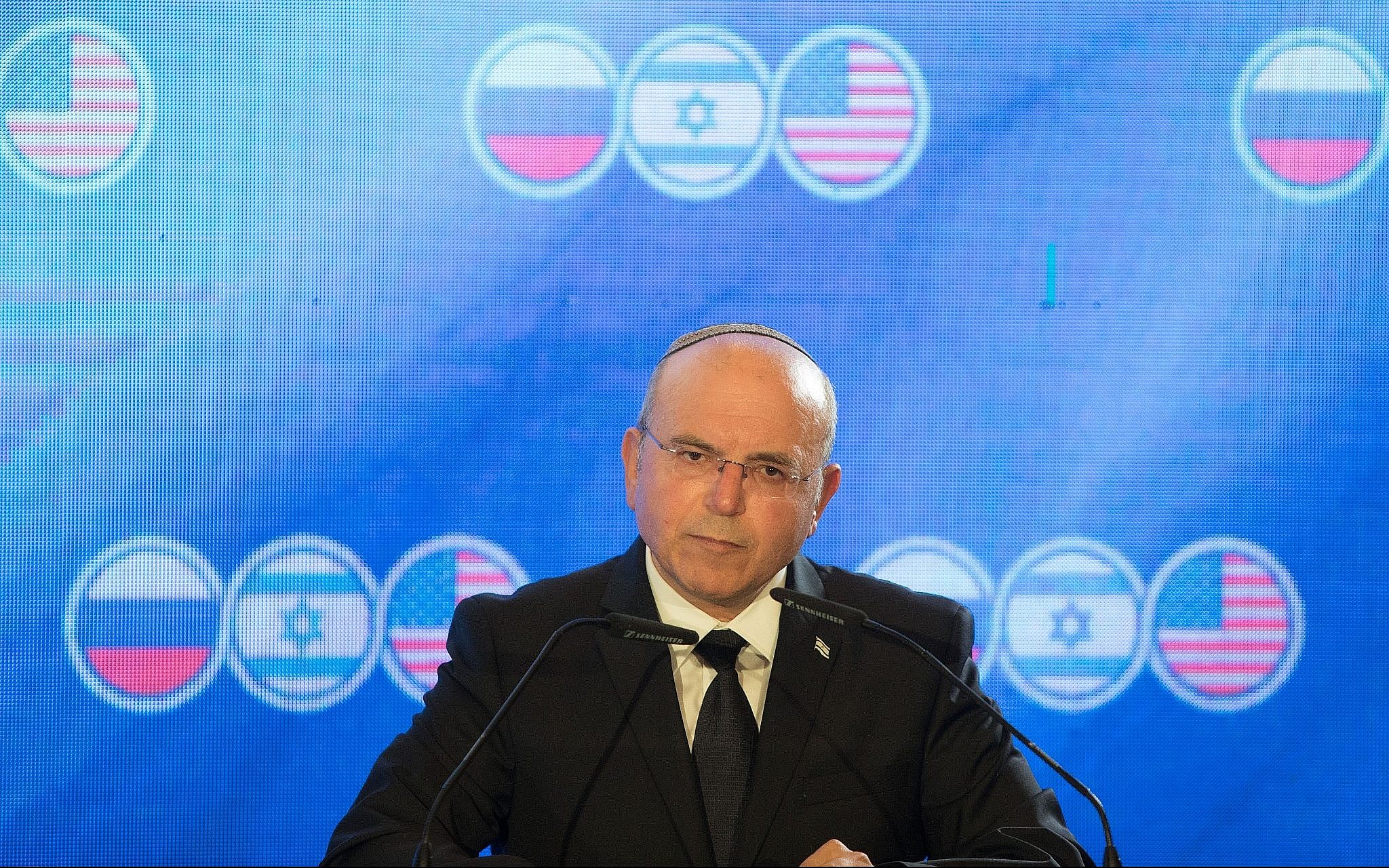 Meir Ben-Shabbat, the head of the National Security Council, speaks at a trilateral meeting in Jerusalem of the Israeli, US and Russian national security advisers on June 25, 2019. (Noam Revkin Fenton/Flash90)

Al Nahyan, the UAE’s top diplomat, tweeted a link to an article titled “Islam’s reformation: an Arab-Israeli alliance is taking shape in the Middle East.”

Prime Minister Benjamin Netanyahu responded, writing “I welcome the closer relations between Israel and many Arab states. The time has come for normalization and peace.”

Jerusalem is said to have developed clandestine ties with numerous Arab countries in recent years over the countries’ shared antipathy toward Iran and the need to counter jihadism. 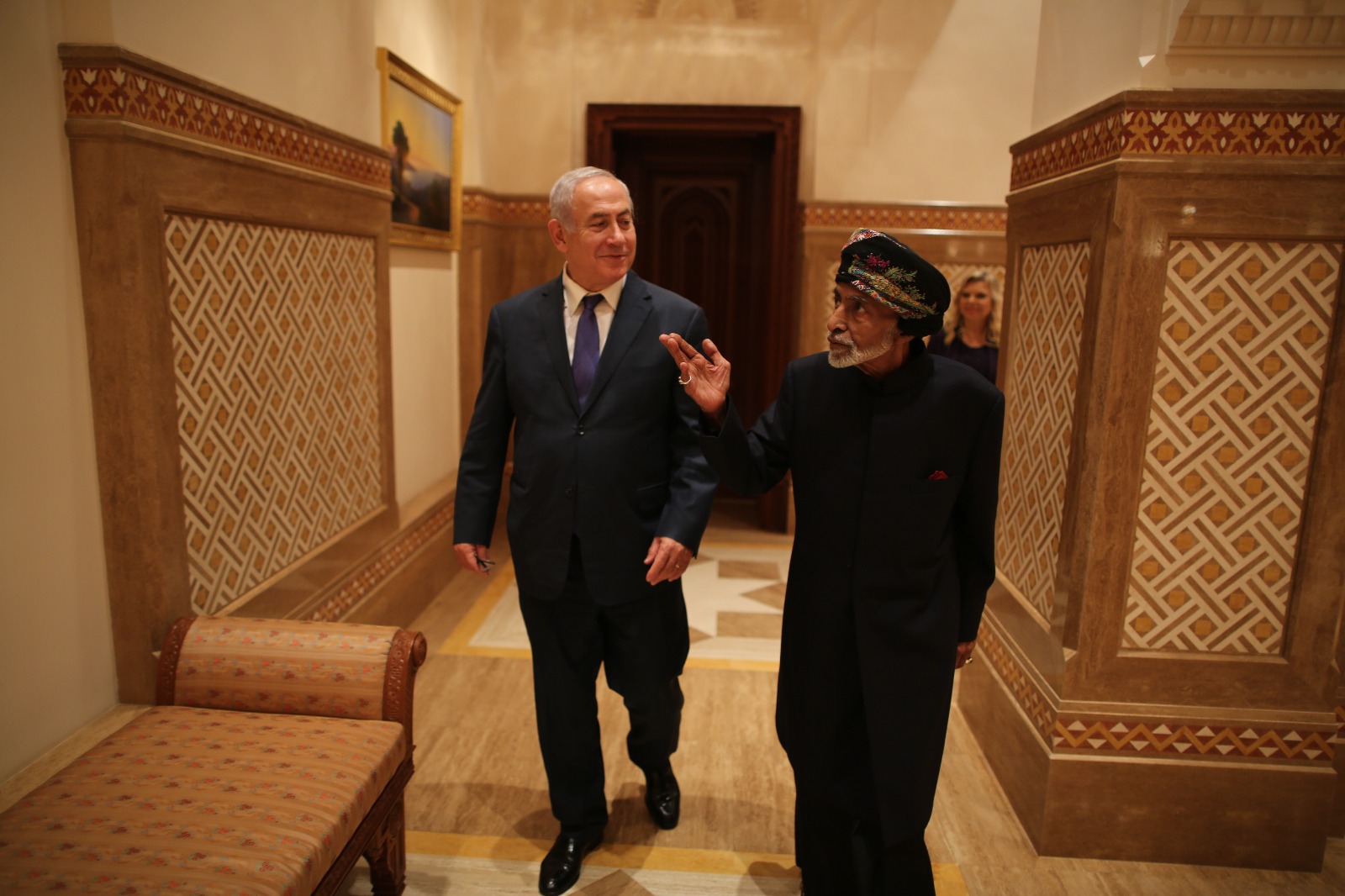 Israel has also been invited to participate at the Expo 2020 in the UAE city of Dubai.

In June, Bahrain’s foreign minister told the Times of Israel his country wished for peace with the Jewish state.

In October, Foreign Minister Israel Katz said he was advancing non-aggression treaties with several Arab nations in the Gulf, a “historic” démarche he said that could end the conflict between Jerusalem and those states.

Arab leaders, however, have also indicated that true normalization can not take place so long as the Israeli-Palestinian conflict is not resolved.

The UAE ambassador to Washington, along with envoys from Bahrain and Oman, attended the January 28 unveiling of the Trump administration’s Israeli-Palestinian peace proposal in a tacit sign of support for the US initiative.

The UAE issued the most complimentary statement on the plan of any Arab state, calling it “a serious initiative” and stating that it “offers an important starting point for a return to negotiations within a US-led international framework.”

The UAE also signed on to an Arab League rejection of the plan, however.

Arab countries in the Gulf, especially Saudi Arabia, the UAE and Bahrain, view Iran as a major regional foe and strongly oppose its support for armed groups throughout the Middle East.